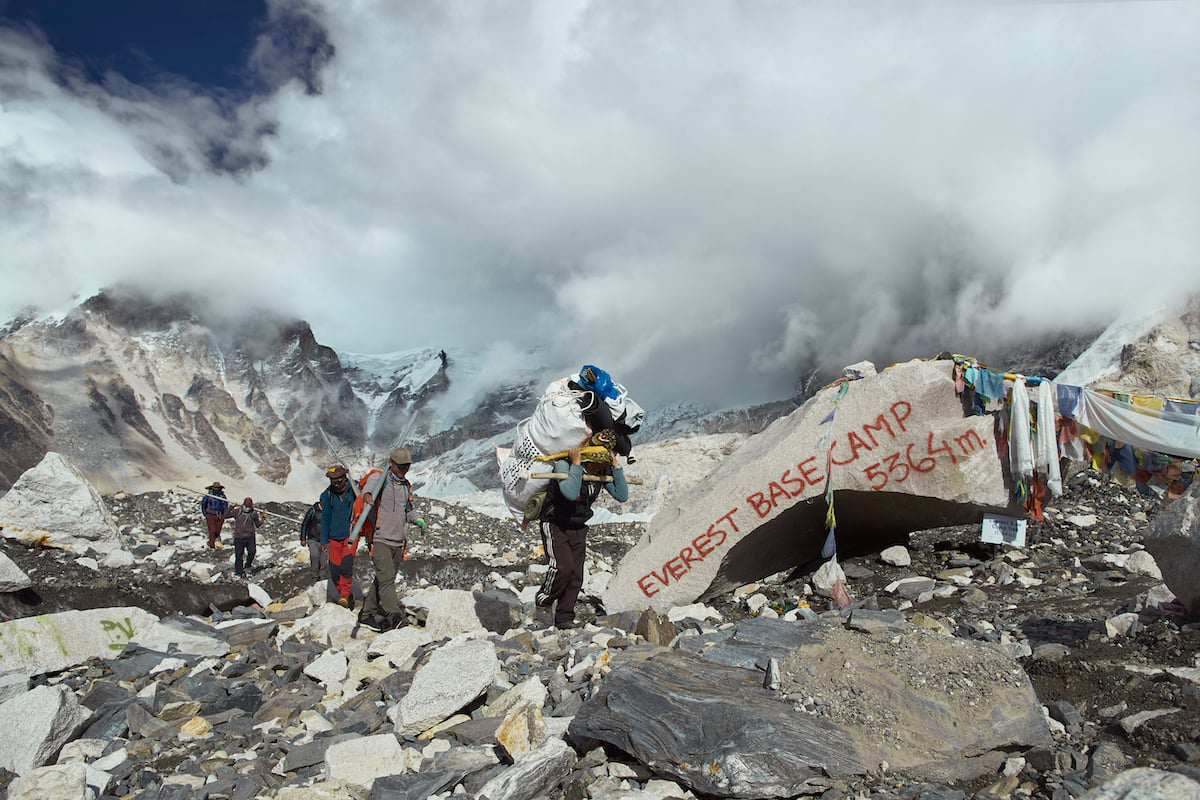 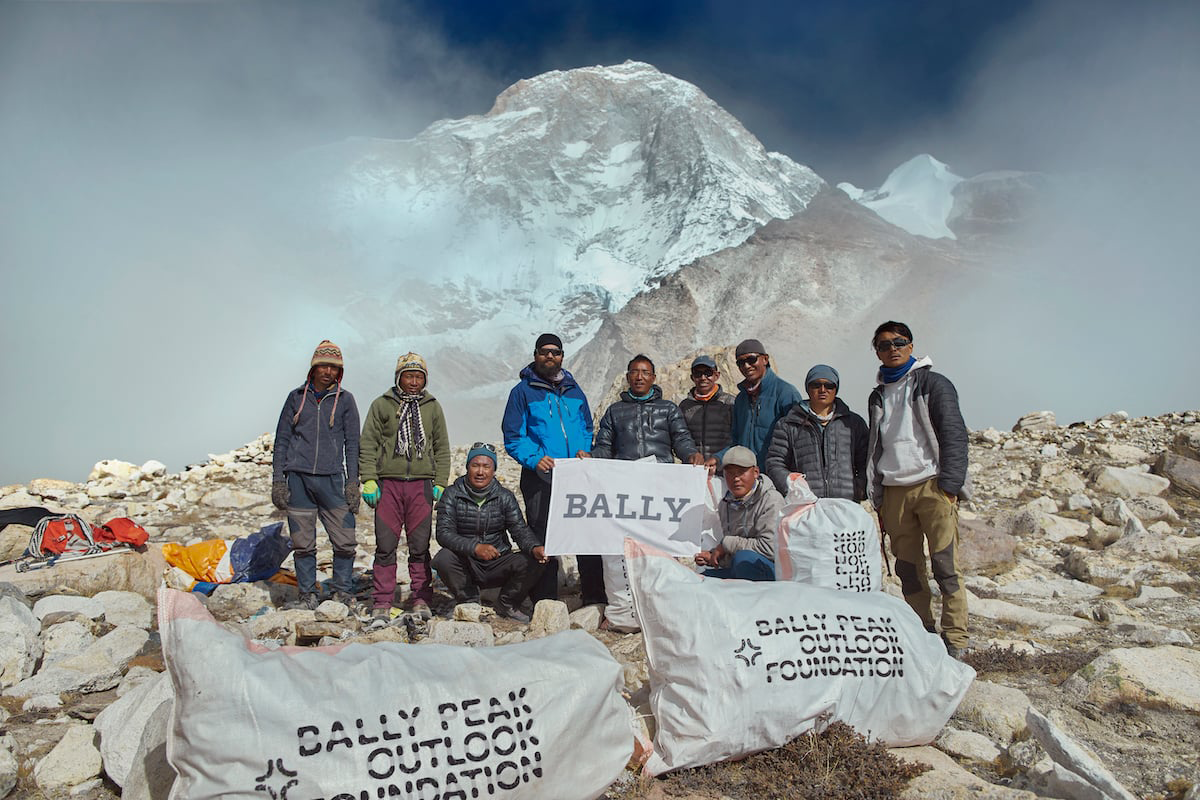 Nearly 70 years ago, Sir Edmund Hillary and Sherpa Tenzing Norgay stood higher than any human had ever done. With some steampunk looking sunglasses and weighty oxygen canisters, they became the first people to reach the summit of Mt. Everest.

In 1953, they looked over a pristine landscape, untouched by humans. Nowadays, thousands of people attempt Everest every year. So many that there are “traffic jams” near the top: hundreds of climbers patiently waiting in a queue to reach one of the most remote locations on Earth. And with them, they bring tons of waste that gets left on the mountain. What was once white snow is now covered in brightly colored equipment and food wrappers. It’s estimated that eight kilograms (18 pounds) of trash is left per climber at base camp.

There are efforts being made to clear it up though. The Bally Peak Outlook Foundation has been supporting the Himalayan community for several years. In the past three years, it’s provided funds (and Bally branded trash sacks) to remove more than seven tons of waste from Everest and the other seven Himalayan peaks over 8,000 meters. It looks to remove an additional 4.2 tons of waste by 2030. The clean up operations are led by adventurer and environmentalist, Dawa Steven Sherpa.

But what does a luxury Swiss fashion brand have to do with the Himalayas, I hear you ask. Well, Sherpa Tenzing Norgay wore bespoke Bally reindeer boots during his first ascent of Everest. As such, Bally feels some connection to not only the mountain range but also the Tenzing Norgay family. His son, Norbu Tenzing Norgay is committed to preserving the mountains and is working with Bally Peak Outlook.

To commemorate Tenzing Norgay and Hillary’s ascent, Bally is releasing a 70th anniversary capsule with 100 percent of net proceeds supporting mountain communities and projects that will see Bally partnering with Tenzing’s sons Jamling and Norbu. There are no details out yet about this collection.

The foundation is doing more than clearing up waste. Global warming is melting Himalayan glaciers which risk floods and landslides in the villages below Khumbu Glacier. It’s a startling reminder that industries across the world can have a very direct and devastating impact on small communities. Funds from the foundation are being used to enable the building of flood barriers to mitigate this risk.

Bally Peak Outlook Foundation will also begin to look further afield. 25 percent of the world’s surface is covered by mountains. It has already carried out clean ups at Mount Fuji in Japan and is looking at projects in Kilimanjaro, Tanzania. Protecting the Earth’s mountains is important. 12 percent of the world’s population get their freshwater from mountains, and it’s vital that they stay clean.

Bally has long standing commitments to the mountains and their communities, but its commitments towards more sustainable practices are somewhat lacking. It has no plans to divest from animal leathers, only staying that it will achieve “100 percent traceability of all leather back to farms, with 75 percent of leather purchased from certified tanneries by 2025.”

In terms of materials, Bally is “introducing a fully circular product to the market [in 2025]” and eliminating single-use plastics in B2B and B2C product packaging by 2030. Taking a quick scroll on its webstore, you’ll find plenty of products made with luxury virgin materials like leather, cashmere and wool. For a brand built on innovation, its approach to materials seems anything but. And for some, it might be hard to square Bally’s Himalayan efforts with its unsustainable practices.

In the language of Tibet, Mount Everest is known as Chomolungma, meaning goddess mother of the world. For the mother of the world, we’re really not treating it with the respect and love it deserves. Let’s hope that Bally’s clean up operations not only reduce the waste on the mountain but also inspire climbers to stop leaving it there in the first place. 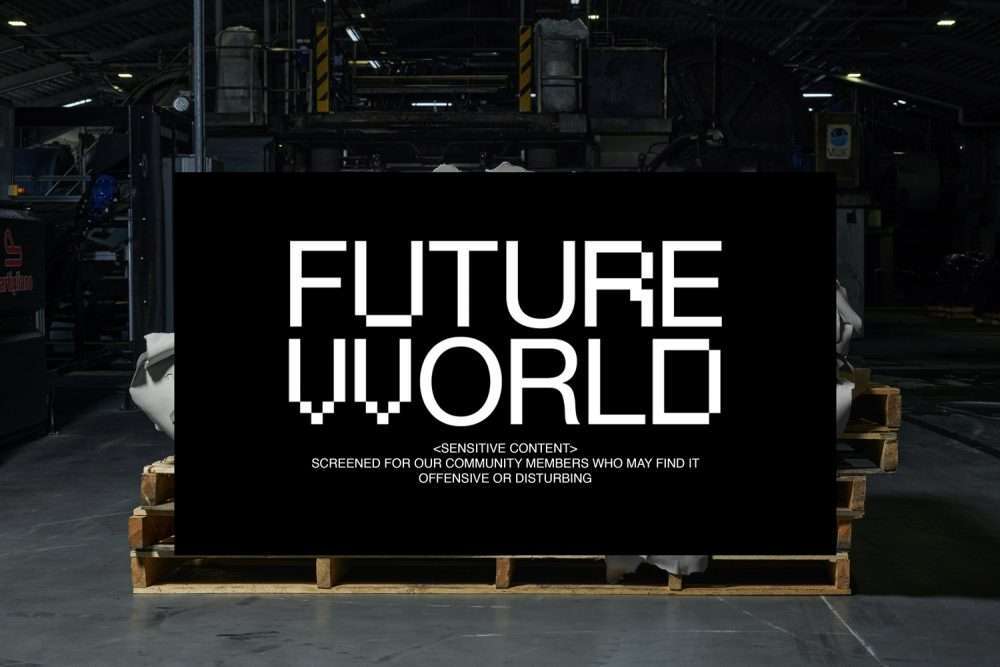 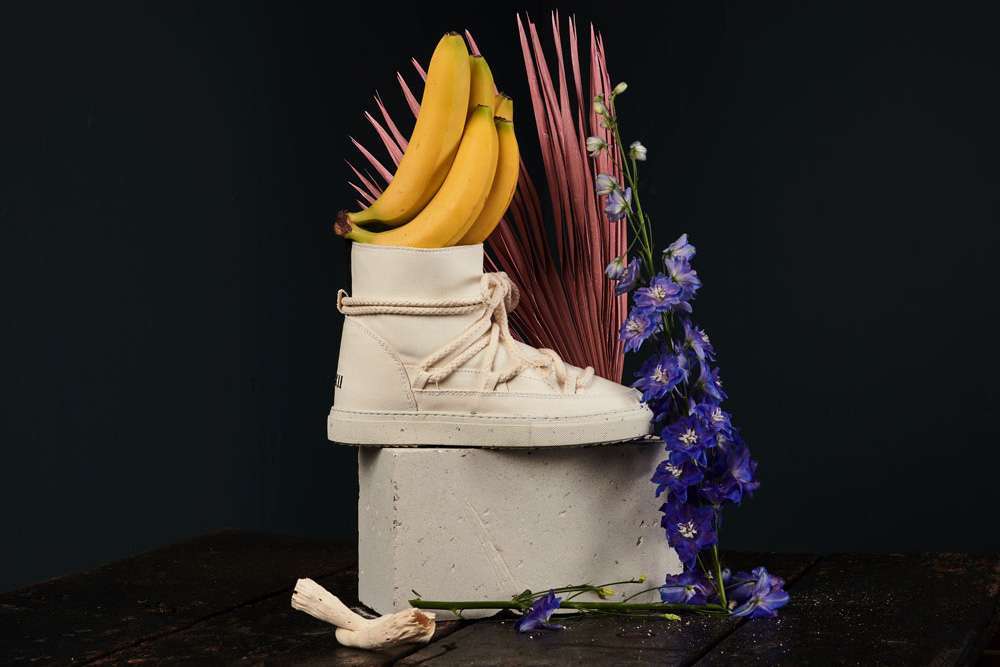 Fashion
by Kyle MacNeill
Pulp Fiction >> Is All Fruit Leather Made Equal? 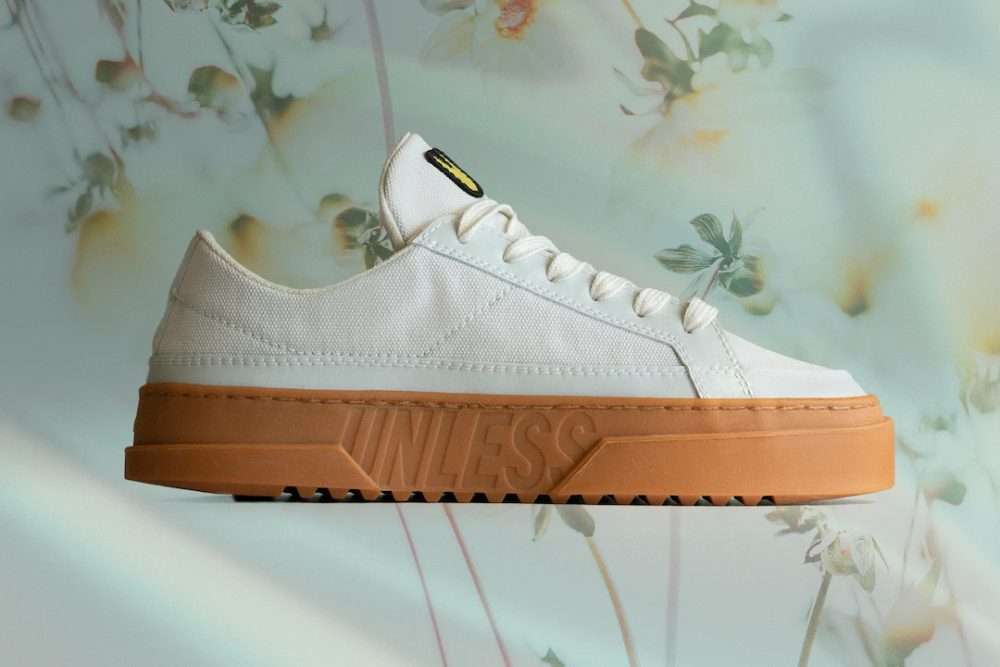