Algae is the new black. Not in the figurative sense for style or inspiration, but U.K.-based, science- and technology-focused clothing label Vollebak wants to make it as literal as possible through its new Black Algae T-shirt.

The color black is all around us. As Vollebak stresses, where we get the color from is rarely questioned. Traditionally, any object, whether it’s a pen, a phone, or clothes, is likely to contain ink called carbon black. The pigment derives from partially combusted petroleum resulting in a black soot-like powder that is then used for inks, plastics, rubbers, and so much more. The process to produce carbon black has been roughly the same for the last 100 years, and for a century, it hasn’t been sustainable one bit.

Vollebak has partnered with U.S. biomaterials startup Living Ink to create a T-shirt without any use of carbon black. What Vollebak founders and brothers Nick and Steve Tidball found is that “an algae cell is almost identical in size to a carbon black pigment, and can create the same color.” Since their discovery, the Tidball’s mission has been to “replace carbon black ink with a black ink made from black algae waste.”

The Vollebak Black Algae T-shirt uses the special black ink to print on a tee made from wood pulp sourced from sustainably managed forests certified by the Forestry Sustainability Council (FSC) and the Programme for the Endorsement of Forest Certification (PEFC). Specifically, 70% of the T-shirt is constructed using lyocell from trees while 30% uses linen from plants. “The wood is turned into fabric using an environmentally responsible and closed loop production process. In practice this means that over 99% of the water and solvent used to turn pulp into fiber is recycled and reused,” says Vollebak in the T-shirt’s product description.

In order to kick off the process of producing black ink from algae, the company grows spirulina algae in giant open-air ponds in California. This special type of algae actually feeds off of carbon dioxide and puts oxygen back into the atmosphere. Majority of the algae is used to produce natural food coloring, while the rest is harvested into the base for black algae ink. After harvesting, a thermo heat treatment seals in carbon dioxide preventing it from seeping back into the atmosphere and turns the algae by-product into a black powder, which is then used as pigment. The black algae ink is created after purifying the black powder and mixing it with a water-based binder.

Although technically the ink is in fact black, there currently is no way to produce dye from algae ink. Instead of dying the T-shirt the desired color as you traditionally would, the entire exterior of the tee is printed with the new ink giving a dark, charcoal grey look as opposed to jet black.

This is only the beginning for Vollebak and its Black Algae T-shirt. Although the company is exploring ways to invent a dye using the ink for the future, it continues to find ways to increase other benefits of today’s T-shirt such as carbon capture technology where the ink continues to lock in carbon dioxide as you wear it. These types of advancements in apparel are at the very backbone of Vollebak.

In the past, the brand has created multiple products to reach different goals such as a 100 Year Pants with a century long lifespan or the Garbage Sweater built from old bulletproof vests and firefighter suits that were on their way to landfills. The Tidball brothers and their brand, Vollebak, are here to design for the future.

The Vollebak Black Algae T-Shirt is available now for $110 USD at vollebak.com.

In other fashion innovation news, Polartec announced the elimination of toxic PFAS in its water-repellent fabrics. 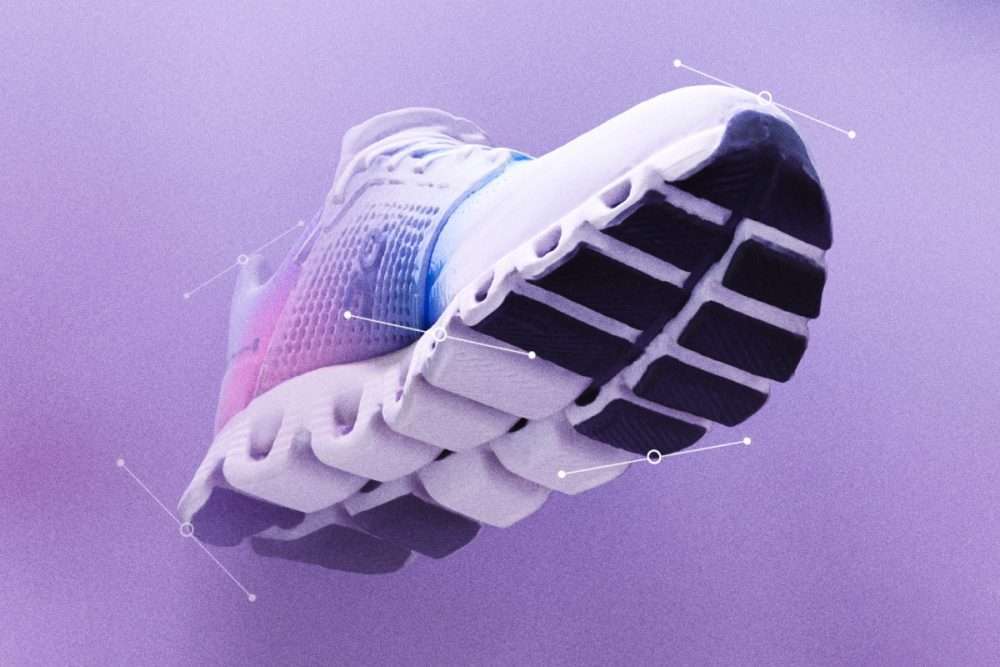 Footwear
by James Roberts
On Reveals the Cloudprime, the First Shoe Made From Carbon Emissions 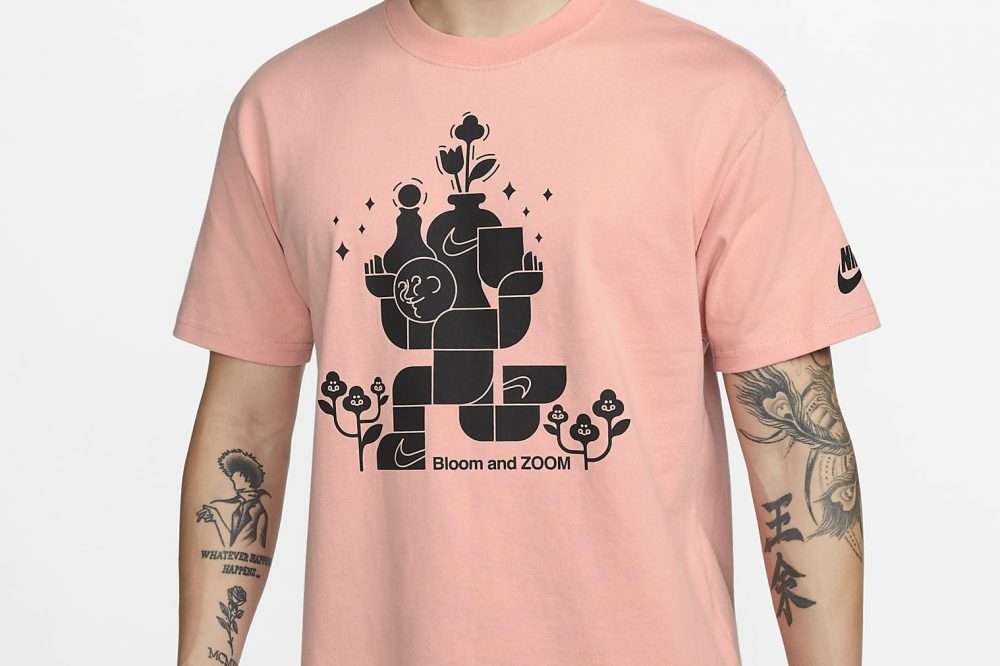 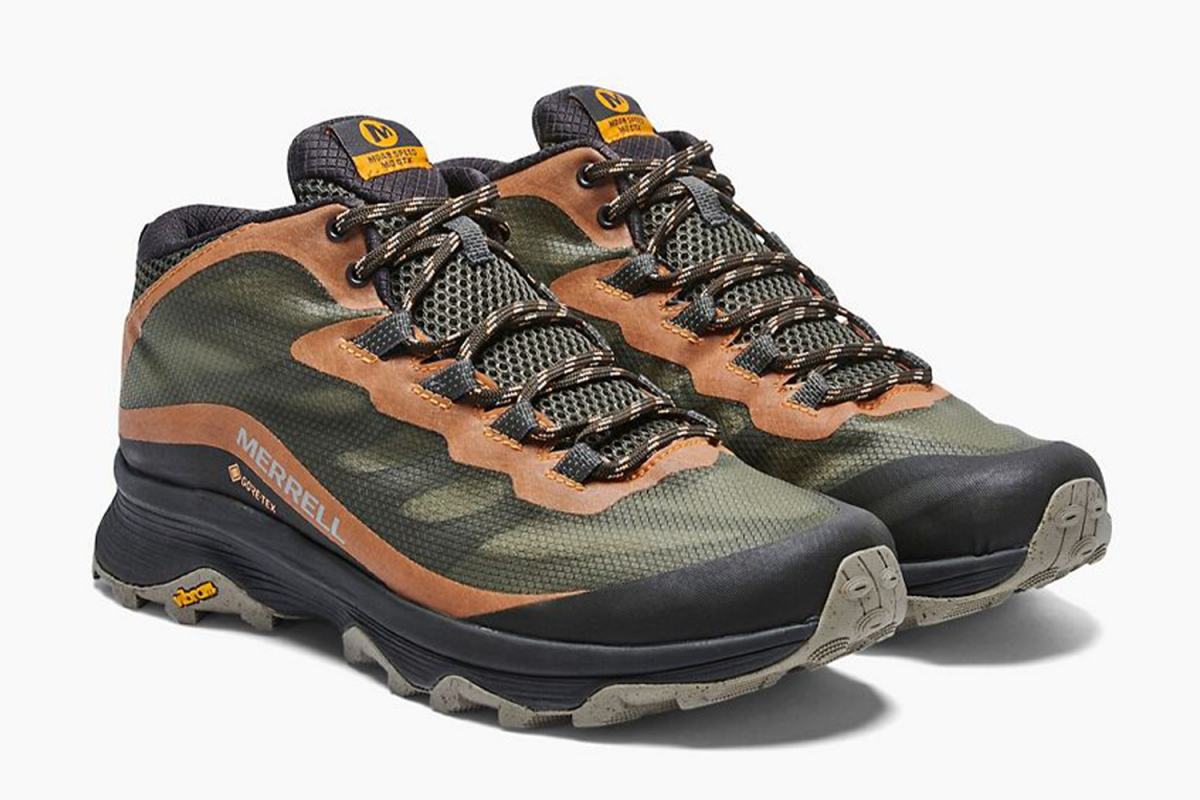